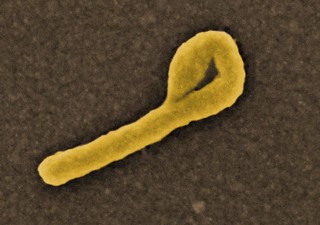 The outcome of Ebola infections often depends on a patient’s access to sophisticated medical care. But there’s the possibility that it could be influenced by genetics as well. That suggestion comes from the authors of a new paper that looked at what happens when genetically diverse groups of mice were exposed to the virus. As it turns out, the results ranged from losing a bit of weight to complete mortality.

The work doesn’t seem to have been inspired by looking for insight into the progression of hemorrhagic fever in humans. Instead, the researchers involved appear to have been frustrated by the fact that the most convenient research mammal, the mouse, doesn’t experience the symptoms typical of Ebola infections in humans: no problems with blood coagulation, no hemorrhages, and no shock. So they decided to see if they could find a mouse strain that did show these symptoms (and would thus enable convenient studies).

To do so, they started with something called the Collaborative Cross collection. Most of the mouse strains used in research have been inbred until all members of the strain are genetically identical. There are, however, differences between strains; C57 mice are genetically distinct from 129 mice. So it’s possible to see very different things happen if you do the same experiment in different strains.

Very interesting way to find an animal model for Ebola. They looked at a lot of mouse strains to see how they would react.

It will be interesting to see just what is going on, especially since different gene expression patterns were seen. This suggest that epigenetic processes may also be involved.

One thought on “Not surprisngly, Ebola outcomes may be tied to our genes”