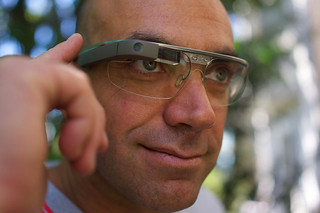 A movie theater industry group and the Motion Picture Association of America updated their anti-piracy policies and said that “wearable devices” must be powered off at show time.

“Individuals who fail or refuse to put the recording devices away may be asked to leave. If theater managers have indications that illegal recording activity is taking place, they will alert law enforcement authorities when appropriate, who will determine what further action should be taken,” said a joint statement from the MPAA and the National Association of Theatre Owners, which maintains 32,000 screens across the United States.

Everyone who has a wearable that records raise your hand. And how many of you go to see movies? I see two people.

Seriously, how big a problem is this? They do not force us to power off our cellphones, which can all record.

The MPAA also tells the theaters to institute random bag checks and searches. The day I am asked to empty my pockets is the day I stop going to movies.

Incredibly, they could embrace some of this, using wearables and apps to enlarge their business model. Or even just aim an IR lamp at the screen, which will blow out the cameras but be unseen by people.

But no. They have to get the police involved – the day my movie going experience is disrupted because the police storm the theater I am in is the day I stop seeing movies – and send people to jail for up to 3 years.