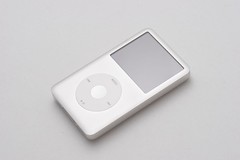 Tim Cook: iPod classic was discontinued due to unavailability of parts, engineering a new version wasn’t worth it
[Via 9to5Mac]

Apple CEO Tim Cook clarified the recent decision to quietly remove the iPod classic from sale earlier this year during a talk tonight at Wall Street Journal’s WSJD Live conference. According to the executive, some parts needed to manufacture the device were no longer available, and the cost of engineering a new version that didn’t require those parts wasn’t worth the effort due to low user demand.

The device vanished without a mention from Apple’s website last month following a redesign of the company’s website immediately after the iPhone 6 debut. It was the last device Apple still sold that used the “legacy” 30-pin connector, while all other iPod models have moved onto the Lightning connector.

The original iPod changed things for Apple, setting it on a course away from being a computer company into the juggernaut it is today.We most likely would not have the smartphones we have today without the iPod.
Part of what made it so amazing was how much music it could hold, as well as its integration with the music software, iTunes. Many MP3 players at the time used solid state memory which could not hold a lot of music. Apple used a small hardrive, which allowed much larger collections to be saved.
And this started the app ecology that Apple would use to ride the iPhone to stardom.
I got my first iPod shortly after they were released and had one ever since. I’ve had nanos and shuffles of all sorts but it is the original design that I have used the most.
I’ve had my iPod Classic for 5 years now. 160 Gbytes holds my entire 140 Gbyte music library, enough music to play for 80 day. All in my pocket.
And Genius, coupled with Shuffle, created the best radio station which only played my favorites.
Now all that can be done in a smaller, solid state iPhone. And the iPod  classic is no more. All for lack of parts.
But I’ll use mine until the battery gives out for good.