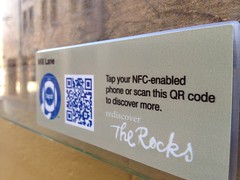 The fact that the CVS network of US retailers has decided not to support Apple Pay isn’t such a big deal — it’s precisely the kind of fragmentation that caused Apple to wait for a few years before entering the payments industry.

You see, on a global basis there are or have been numerous mobile payments systems. When it comes to NFC the industry has been extraordinarily fragmented, which led to the creation of numerous incompatible technologies to support NFC payments as retailers, bankers, and payments processing firms all battled for dominance.

No great surprise that Apple Pay was released alongside similar initiatives from Visa and Mastercard. There’s no doubt Apple’s well-connected Apple Pay teams worked closely with key partners to create the harmony it takes to enable a system that works.

I simply never understand the stupidity of a corporation to limit its market.

The reason there has been such little uptake of these iWallet designs is that they have all previously been designed for the corporation’s convenience, not the customer’s. Which means the company gets your usage data and you get a messy, less secure interaction.

And they do not want to pay the fees for credit cards. So they have come up with a really stupid approach that they have been working on for at least 3 years without really getting out there.

I’m not too worried about the CVS chain and its decision to abandon Apple Pay. I don’t imagine its own alternative payment system will succeed. It is a great illustration of the kind of intransigent stupidity that you get when you allow reactionary corporations to favour their own well being above that of the society in which they reside.

The approach they want to use provide much less fraud protection than a credit card transaction and is much less secure. But they get all your purchasing data.

Apple Pay does not transmit all this data the corporations want. It stays under the customer’s control. It is much more secure than your credit card since the credit information is never transmitted, staying in the Secure Enclave of your phone.

Not so with the process CVC and others want to use. A classic battle between distributed solutions and authoritarian dictates.