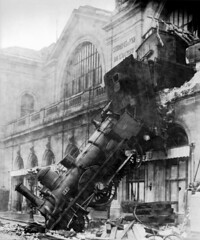 Prosecute People for Not Being Racist Anymore
[Via First Draft]

Doc sent this along, and Jesus tits:

The June issue of the paper went to print with the white space standing in for the letter, and without the word “Redskins” appearing anywhere. And this was when McGee decided to run around campus in his Quixotic attempt to collect all of the copies. This was also when the elder Pirritano made up his mind that the editors of the Playwickian should be prosecuted for their refusal to print his son’s letter.

“This in my opinion also reaches the level of a conspiracy, in any other context except a school environment it would be considered such,” Pirritano said in an email. “I see this as no different than if these students went into another students [sic] locker and stole their phone or any valuable. Theft is theft no matter how you look at it, and they admit conspiring to do such. My statement reflects that view and in my opinion a police investigation should have taken place. It also reflects my personal philosophy that taxpayers should not be on the hook for such acts and I made that known to the public that attended our meetings as well as received comments from the public that they supported such investigation.”

He’s arguing that the paper’s use of school funds is a misappropriation of tax dollars. One problem though: the final issue of the school year, historically, has been paid for by the students themselves. June 2014 was no different.

On July 2, Gayle Spoul, an attorney hired to represent the Playwickian‘s editors, wrote to Michael Levin, an attorney retained by the school district to sort out this issue: “It is inconceivable to me that the District would decide to expend time and ‘funds’ to ‘investigate’ and then potentially prosecute these students, who are simply attempting to stand up for the rights guaranteed them by the Constitution and Pennsylvania law.”

I really hate this crap and wish that the authoritarian principal here, who has penalized teachers for doing the right thing when he asked them to do the wrong thing, would simply lose his job and have to work at minimum wage for the rest of his life. But I bet he gets a higher paying job in the administration. Because they, being hierarchical authoritarians themselves, have instituted restrictive polices forcing the editors to use words that they feel are racist.

Think about that? Would any school district force the editors of a school paper to use what the students view as racial epithets regarding a minority? Yet here we have a board bullying students to do just that.

And because of the board’s refusal to compromise, all the school district has really done is radicalize the students even more, while wasting a lot of taxpayers money. Last year it was 15-7 regarding the policy. This year the students editors are unanimous.

And expect the school district to pay a lot more as lawsuits are signed. Lawyers told the board to not make this move, explaining the long term legal effects.

Authoritarians always end up losing against democracy. They always do stupid things by refusing to compromise, even a little. The British were stupid in the Revolution. The South was stupid in the Civil War. Simple, smart compromise would have been so much better.

But authority simply cannot compromise because it sees that as losing its authority. To many authoritarians only maintain their authority by the naked use of power. Which is why they do stupid things. And why they eventually loses when dealing with rapid change.

Because the power of democracy comes from its ability to adapt, to not be bound by the constraints of hierarchy and position, as it finds a wise answer to the damage done by uncompromising authority.

4 thoughts on “UPDATED:Authority continues to do stupid things, as usual, by bullying people for not being racist”