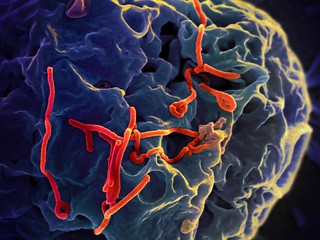 The evidence on travel bans for diseases like Ebola is clear: they don’t work
[Via Vox – All]

Welcome to Burden of Proof, a regular column in which Julia Belluz (a journalist) and Steven Hoffman (an academic) join forces to tackle the most pressing health issues of our time — especially bugs, drugs, and pseudoscience thugs — and uncover the best science behind them. Have suggestions or comments? Email Belluz and Hoffman or Tweet us @juliaoftoronto and @shoffmania. You can see previous columns here.

Travel restrictions to control the spread of disease have been tried since 1377, when the Mediterranean city of Dubrovnik — formerly known as Ragusa — imposed a 40-day isolation period on ships entering the city suspected of carrying the Black Death.

Calls for travel restrictions are revived with every pandemic threat, most recently Ebola. US politicians are now demanding a travel ban on West Africa in response to the Ebola outbreak.And, in the midst of ‘Ebolanoia,’ the idea is gaining traction.

But there’s a very clear problem with using a travel ban to stop Ebola: it renders useless the two best methods we have for stopping Ebola. Determined people will find ways to cross borders anyway, and if they don’t go through airports or they lie about where they came from, health officials can’t track their movements. And this is an important point because, to fight Ebola, we need to be able to follow up with the contacts of the infected. Getting aid and resources to the region to contain Ebola at the source would also become more challenging with travel restrictions.

This is why health officials unanimously agree that a travel ban is a bad idea. But don’t believe the experts: the best-available evidence also suggests travel restrictions, and even airport screening, don’t actually work. At best, they delay the spread of disease but they don’t impact the number of people who eventually get sick. They are expensive, resource-intensive, and potentially harmful to the countries involved. Here’s a guide to the research:

We have used travel bans all the time previously. They simply do not work.

As it is, we can now track where everyone is, where they came from and where they went. This is critical for containment.

Instituting a ban from West Africa would not have stopped the first case in the US. He traveled to the US from Europe. So the ban would only work if every other country did the same thing.

And, as we have seen with people travleing for weddings or for cruises, people will do what they want to do and rationalize it away. So stop planes and they will take boats or cars or walk.

Then we have people who are just as dangerous as before (which is not much) but no way to track them at all. Which means disease spreads without our being aware or containing it.

We have had this conversation before. Travel bans do not work and make things worse.

Now, our leaders know all of this. So ask yourself why are some spreading this meme of travel bans? What do they have to gain by frightening people and offering ineffective solutions that will not work?

I can only call them sociopaths who lack a conscience and will drive the public to do unwise things purely for their own personal gain.

Look, you can only get Ebola if someone is showing symptoms. Now just using a fever as the criterion is mostly an abundance of caution. A fever will not make you contract the virus.

Contact with the blood  of a sick person will. And the main symptom of Ebola is not a fever. It is called a hemorrhagic disease for a reason. Meaning it produces a lot of external blood for others to infect themselves with.

The symptom to worry about is lots of infected blood. It is also very obvious when someone is displaying this symptom.

It is most likely that the people who became infected in Dallas did not get it the patient’s breathe or sweat or spit. They got it from blood particles or splatters that got on their protective clothing, followed by a poorly initiated removal of the clothing. (It is well know with anyone using protective gear – getting out of the gear is often the most dangerous time._

So, frankly, I would not be too worried about someone with Ebola who just had a fever. If they were coughing up blood, I would be very worried.