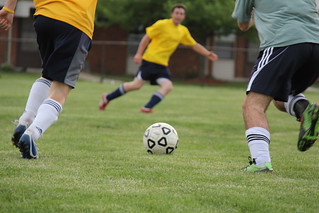 Barcelona’s soccer team later today will host a match in its legendary stadium, Camp Nou, where the club regularly plays in front of 98,000. Barcelona has won La Liga 22 times and the European Cup four times. Its opponents are much less renowned, though, in their own way, no less remarkable.

The club from Eibar, a small town in the Basque country, is playing in Spain’s top division for the first time ever. Last year, its budget was €3.2 million ($4.1 million), which wouldn’t cover the annual salary of Lionel Messi, Barcelona’s star player. The team’s stadium holds 5,200 and average attendance last year was 2,900—which makes Eibar the smallest team ever in the history of La Liga. It is quite likely that that it is the smallest team ever to play in any of the top divisions of the major European leagues of England, Spain, Italy, and Germany. For example, in England, you have to go two divisions below teams like Manchester United and Chelsea to get to attendances below Eibar’s.

They qualified for the top division but did not have the money. After osing in court, they needed several million dollars to play.

Luckily for them, we now have to the tools for people around the world to support organizations that they like – the team crowdfunded the money.

The plucky team had the lowest budget of the 80 teams in the second division. They have no debt.They are a great example of how to succeed without  needing to spend huge amounts of money.

Yet they won enough games to be promoted up to the top league. So they used that same attitude to ask people from around the world to help.

A 90-year-old who has been a member since 1945 bought the share that let the team reach its goal. Now all the names of the shareholders are on a wall in the Eibar stadium, primarily featuring locals but—in a sign of how much this plucky team caught the imagination of soccer fans everywhere—also people from more than 50 countries.

This is how distributed approaches can overcome obstacles to achieve success. we continue to see more of this every day.