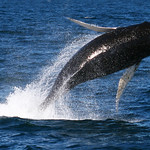 Must be a boring world of food for them.