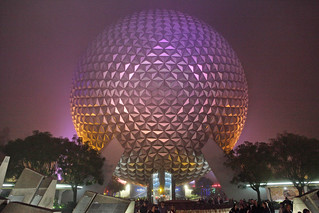 Dana Andrews looks at a minimum transit speed of 2 percent of the speed of light (fifty years per light year) for an interstellar generation ship. This makes for transit times in the neighborhood of hundreds of years, depending on destination. A key requirement is the ability to decelerate and rendezvous with the destination planet using a magnetic sail (magsail) that can be built using high-temperature superconductors. Andrews also assumes 20-30 years of research and development before construction actually begins.

He assumes that a space-based infrastructure sufficient to begin active asteroid mining will be in place.
He cites a thirty-five year timeframe for getting these needed systems operational.
Some of the R&D could presumably be underway even as this infrastructure is being built, but we also have to take into account what we know about the destination.

An interesting exercise and a nice thought-experiment.Some of the engineering aspects of this are much better configured than the biological ones.

We still have no real clue on creating a closed loop biome that does not collapse, although I am sure we will.

The intriguing thing is using an asteroid to help get the ship up to speed. Using 100TWatt lasers. A speed of 2% of the speed of light – 50 years per light year travel.

But the really amazing idea is decelerating when close to the star. Using a special sail (over 6000 km in diameter) the ship will take over 70 years to slow down.

There are lots of possible variants. And a lot of risks. But it is becoming more feasible.

At least to think about.