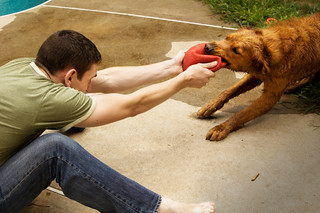 The world is changing. The balance of power is moving away from authoritarians and we are seeing more aspects of this every day. Distributed approaches have greater abilities to deal successfully with change.

Distributed democracy is a threat to the hegemony that hierarchical authority has enjoyed the last generation.

We see a similar dynamic with many politicians. We see it with many corporations. With climate deniers. With creationists. With anti-vaxxers. We saw it with the reaction of Washington football fans to the presence of Native Americans.

And with many gamers.

They act like stuck pigs when changes impinge on their authority.

They shriek more than they convince. They are unable to have rational conversations. They exalt authority over the distributed democracy of other groups. They act as barriers to entry to the group, determining the purity of all members.

Authority generally creates a binary world – yes/no, with us/against  us. Authoritarian zealots that create communities of exclusion rather than inclusion will have a very hard time over the next few years.

Because, as we see again and again, they are simply unable to deal with change. Hierarchical authority is too brittle.