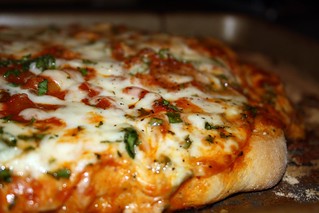 Botto Bistro in Richmond, California is unconcerned about its Yelp rating. In an effort to undermine the reliability of its Yelp page, Botto Bistro is working to be the worst-rated restaurant in the Bay Area and is encouraging its customers to leave one-star Yelp reviews and offering deals for anyone who writes a bad review: 25% off any pizza and a chance to win a cooking class.

Yelp continues to fail, as its authority is undermined by the very distributive aspects it tries to make money off of.

This business does not like Yelp’s business model and does not care for what they feel are extortion tactics of yelp. They want to have their ‘account’ , which they had no hand in creating, removed.

So this might be how they do it. If it works, many, many others may take the route. Yelp makes money off of their businesses without permission and then tries to get these businesses to buy ads, with some odd coincidences being reported (ie all 5 star rating disappearing) when they refuse.

Brilliant response to Yelp’s ‘extortion’ approaches for advertising (a judge just said that yelp can manipulate ratings, giving 5 stars to those who buy ads and a 2 star to those who refuse if it wants to).

Yes, a judge said that it is not illegal for a company like Yelp to completely manipulate any company’s star ratings  even for companies who do not wish to be rated. And change those ratings if it gets ad money from the companies who never asked for the service to begin with.

Jeez, if you had someone from Goodfellas saying “Nice place you got here. Be a shame if it burnt down. Maybe you should buy fire insurance?”  we would know it was extortion.

The judge said this was not illegal.

Yelp’s ratings, based on reviews by members of the public, are within its discretion, Berzon said – a “benefit” the company chooses to provide. Because the company’s ads also have value, she said, “any implicit threat by Yelp to remove positive reviews absent payment for advertising was not (legally) wrongful.”

Businesses cannot opt in. Their businesses can appear without their knowledge and so can the reviews. No one knows who writes the reviews and who employs the autors. And now the judge says there is nothing illegal with yelp manipulating the reviews that do appear.

So, if yelp reviews are unreliable anyway since ad purchases may determine the number of stars or shills write the reviews, why not make the whole thing unreliable? Some of these ‘faux reviews are great. Give a ‘ great’ review (“The food is so awful that I’m going back tomorrow”) and one star.

This is what happens when the user is not the customer – the user gets abused as yelp gravitates to its true customer, the ad buyers. If more companies followed this trend, yelp would be in a bad way.

One thought on “Working FOR 1 star reviews on Yelp – undermining the ‘service’ or degrading the ‘extortion’?”