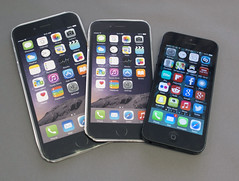 “Unlike our competitors, Apple cannot bypass your passcode and therefore cannot access this data,” the company said on the new webpage. “So it’s not technically feasible for us to respond to government warrants for the extraction of this data from devices in their possession running iOS 8.”

People want secure phones. Apple opens itself up to a lot of problems if they are lying here.

I tend to think not. Apple is focussed on their users because, in contrast to Goole and Android, Apple’s users and customers are the same.

It will be interesting to see what the response of authority is to this. Apple has said they do not care about collecting people’s data and have made a phone that reflects that. The customer has total  control over who has access to their phone.