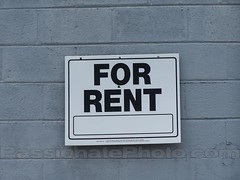 Why Are Harvard Grads Still Flocking to Wall Street? by Amy J. Binder |
[Via The Washington Monthly

In 2010, Bastian Nichols moved into his freshman dorm at Harvard without much thought of what he would do after graduation. He felt sure that in time he’d find a career that matched his passions (among them, journalism and travel), but while in college he would experiment at becoming “a more interesting person.”* His concentration in psychology and comparative literature matched his general philosophy. So did his choice of summer jobs, which ranged from leading a bike trip through Austria and working in a theater in Croatia to doing post-production work in an Italian film company.

When I was going to college, a generation ago, Harvard was known for training great scientists and liberal arts majors.  Now its the place for Wall Street players.

Wall Street really creates no new markets and, today, is mainly full of rent seekers. They  try to appropriate wealth rather than create it. So we get things like credit default swaps and derivatives and people who manipulate the political process for their own wealth while doing little to create new markets.

Adam Smith hated those who contributed little to wealth creation. Labor and Capital were needed to make new things. But not the renters (from the Wealth of Nations):

As soon as the land of any country has all become private property, the landlords, like all other men, love to reap where they never sowed, and demand a rent even for its natural produce. The wood of the forest, the grass of the field, and all the natural fruits of the earth, which, when land was in common, cost the labourer only the trouble of gathering them, come, even to him, to have an additional price fixed upon them. He must then pay for the licence to gather them; and must give up to the landlord a portion of what his labour either collects or produces. This portion, or, what comes to the same thing, the price of this portion, constitutes the rent of land

I dislike where rent seeking has taken us. We now have some of the brightest people in America not becoming researchers and  business leaders to create new wealth and new companies. We have them going to the financial arena to use money to make more money, to help run a financial casino.

Luckily, academia is being  hugely disrupted and there are other, cheaper avenues appearing for the smart people to get an education.

Could not happen sooner for the rent-seekers and their educational cronies.