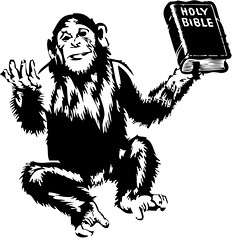 Why covering “creation science” is like covering cricket.
[Via KSJ Tracker]

If I were assigned to cover the upcoming cricket matches between Australia, Zimbabwe, and South Africa, I’d be writing without knowing how the game is played or scored. Or without knowing that “the injured Shane Watson and rested opener David Warner [are] not making the trip.” What’s an “opener”?

I probably wouldn’t do very well. Sadly, that happens too often when general-assignment reporters–even the best of them–try to write science or medical stories. It’s tough to do if you don’t have the background.

Not only stenographic but poor writing to boot.

What bugs me more than the sloppy writing about important things (i.e. how does a swamp become a cell, what are shape-shifting cells, or evolution is a wall? Really?) is its attempt to provide sympathy for people who are fringe.

They are ostracized for their beliefs? Yep. By scientists because they do not do science. Science is not about beliefs. It is about acknowledging the world around us, not making it fit a preconceived notion.

As mentioned by the one scientist quotes (with no one rebutting the idiocy of the ICR the reporter simply quotes):

“The problem is, they’re not scientists,” said Ron Wetherington, who teaches human evolution and forensic anthropology at SMU. “They cherry-pick data in order to use it to justify the Genesis account of creation.

”Real science, he said, works the opposite way. Researchers don’t line up facts to support a hypothesis. Natural laws and theories like evolution are constantly pressure-tested by the scientific community, checking for flaws and leaks in the logic.

Of course, this happens at the very bottom of a long article. Well, after lots of discussion about the poor ICR.

As the KSJ writer mentions, it is like reporting about the poor ostracized scientists at the Tobacco Institute, waiting until the end to have a single quote from a researcher elsewhere who mentions cigarette smoking causes cancer.