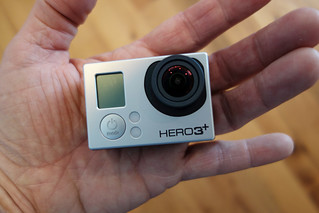 Virtual surgery gets real
[Via — Medium]

Virtual surgery gets real What the Oculus Rift could mean for the future of medecine Technological innovation takes time : virtual reality has been a thing in the medical field for more than three decades, and despite great promises it isn’t widely available yet. Things could change quickly, and the innovation won’t come from the usual suspects in medecine, but the gaming world.

The cost for devices continue to drop so far that individuals can now accomplish what used to only be seen in science fiction.

Instead of 10s of thousands of dollars for a virtual operating room and the cameras, a couple of GoPros and some software is all that is needed.

The cameras are small enough that they were mounted on the doctors head during surgery. The Rift allows 3D viewing. The ability to rapidly educate students is tremendous.