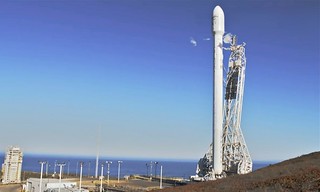 In two orders issued on Thursday, the US Court of Federal Claims said that the two parties have been ordered to seek mediation as a way to resolve their ongoing dispute.

Three months ago, the private space firm sued after learning that the Air Force had entered into exclusive agreements with government contractors that locked out private companies from competing for the launch contracts without providing suitable justification. As of now, the only authorized contractor to send up Air Force payloads is United Launch Alliance, a joint venture between Boeing and Lockheed Martin.

The Air Force essentially rushed through a no-bid contract just a few weeks before SpaceX would have been approved to compete for the contract.

The Boeing-Lockheed company, ULA, has had a monopoly on government contracts and these actions smell of sweetheart deals that come from the corporate welfare of government cost-plus contracts. These often become huge boondoggles that cost the taxpayer more than it should.

SpaceX has shown it can produce rockets every bit as safe as ULA and for perhaps half the price, if not much, much lower. Their disruptive impact on the space industry is sending huge ripples.

Ripples that Boeing and Lockheed hoped to avoid by the rushed contract.

We are on the cusp of a new space race and the ripples cannot be avoided.