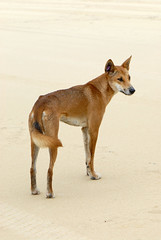 A little over a week ago, it came out that President Obama was on the verge of appointing a former pharmaceutical industry exec, who had spent years fighting against the very kind of patent reform that President Obama supported, to be head of the USPTO. It was a little odd how the news came out — as it seemed to be clearly “leaked” to a few folks in the press that Phil Johnson was likely to be the nominee. However, the move was pretty quickly condemned, and now the same folks are saying that the White House has changed its mind, and will not offer the position to Johnson.

At the very least, that suggests that the “leak” of his name was something of a trial balloon, to see how it would go over — and the vocal rejection (including by big patent reform supporter Senator Chuck Schumer) made the White House realize that it would be in for a pretty angry fight over the nomination. Hopefully, the next nominee isn’t someone who has vocally fought against the President’s own position on patent reform…[More]

So here is one time that he appears to listen. Nice to see a distributed approach succeed over the normal authoritarian.

I did love the comment that stated this sort of policy: “Let’s hire the dingo as our babysitter” Maybe the new tools of distributed democracy will make this policy much less likely.