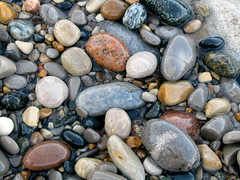 Clarence Darrow told us what happens when ignorance takes hold in a country.

If today you can take a thing like evolution and make it a crime to teach in the public schools, tomorrow you can make it a crime to teach it in the private schools and next year you can make it a crime to teach it to the hustings or in the church. At the next session you may ban books and the newspapers. Soon you may set Catholic against Catholic and Protestant against Protestant, and try to foist your own religion upon the minds of men. If you can do one, you can do the other. Ignorance and fanaticism are ever busy and need feeding. Always feeding and gloating for more. Today it is the public school teachers; tomorrow the private. The next day the preachers and the lecturers, the magazines, the books, the newspapers. After a while, Your Honor, it is the setting of man against man and creed against creed until with flying banners and beating drums we are marching backward to the glorious ages of the sixteenth century when bigots lighted fagots to burn the men who dared to bring any intelligence and enlightenment and culture to the human mind.

First they subjugated women’s health concerns beneath men’s and I did nothing. Then they decided that women did not need insurance at all.

They mandated that companies could remove the homosexuals from their workplace. Along with the Blacks, Muslims and Mexicans. Then they allowed corporations to decide that a minority’s extracurricular activities could be totally monitored for apostasy.

Then the stonings began.