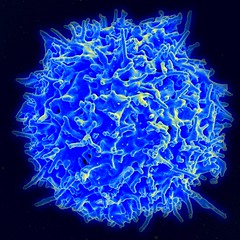 If you were still unsure how much contempt Facebook has for its users, this will make everything hideously clear.

In a report published at the Proceedings of the National Academy of Sciences (PNAS), Facebook data scientists conducted an experiment to manipulate the emotions of nearly 700,000 users to see if positive or negative emotions are as contagious on social networks as they are in the real world. By tweaking Facebook’s powerful News Feed algorithm, some users (we should probably just call them “lab rats” at this point) were shown fewer posts with positive words. Others saw fewer posts with negative words. “When positive expressions were reduced,” the paper states, “people produced fewer positive posts and more negative posts; when negative expressions were reduced, the opposite pattern occurred. These results indicate that emotions expressed by others on Facebook influence our own emotions, constituting experimental evidence for massive-scale contagion via social networks.”

The results shouldn’t surprise anybody. What’s more surprising, and unsettling, is the power Facebook wields in shifting its users’ emotional states, and its willingness to use that power on unknowing participants. First off, when is it okay to conduct a social behavior experiment on people without telling them? Technically, and as the paper states, users provided the consent for this research when they agreed to Facebook’s Data Use Policy prior to signing up, so what Facebook did isn’t illegal. But it’s certainly unethical.

UPDATE: Looks like it is also a poorly designed study also. Unethical and bad science.

I don’t care about Facebook. PNAS is at fault here. Human experimental protocols without proper informed consent and institutional oversight should never be published.

Yet here it is.

I read the article and I did not see any discussion of specific informed consent for this example of human experimentation. Human subjects are supposed to be allowed to opt out when given informed consent for a specific research protocol.  To do otherwise is now regarded as medically unethical.

And I did not see mention of any outside review of the protocol by a board tasked with oversight of human experimentation. Failure to do this is now regarded as medically unethical.

Both informed consent and review board oversight are supposed to be part of any research protocol involving human subjects.

Sure, Facebook may legally be permitted to do the research (corporations are permitted to do all sorts of immoral and unethical things, as long as they are legal). However, medically unethical research is not supposed to be published, no matter what the legality.

To my mind, by failing to secure these two important procedures necessary for proper experiments on humans, PNAS has disgraced itself and published a medically unethical paper.

We just went through a lot of controversy regarding HeLa cells and consent. The answer I often heard was that this was back in the primitive days of human experimentation, that today we would get specific informed consent and oversight.

Yet here we have a published experiment on over 600,000 human subjects apparently without proper consent and no oversight.

How in the world does PNAS publish a report dealing with human subjects that not only did not gain specific  informed consent but seemingly had no oversight from any sort of review board?

Very disappointed in seeing a prestigious scientific journal publish such an unethical and morally obtuse paper.

Especially one that, as discussed in the Pando article, may well be quite weak on its protocol, analysis and conclusions.