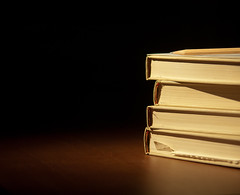 Hachette is not the only imprint to find itself under Amazon’s thumb as the online retailing giant has begun turning the heat up on smaller publishers in the U.K., demanding terms that one publishing executive likened to a “form of assisted suicide for the industry.”

WalMart has been famous for squeezing its suppliers to the bone. Abusing a monopsony (where there is only 1 buyer) is not illegal because it keeps prices lower for the customer.

Abuse of a monopoly (where there is only 1 seller) is illegal but both WalMart and Amazon do not run afoul of this.

The reason Apple lost against the DOJ was because of this – it is not illegal to abuse a monopsony but it is illegal to collude to keep prices high.

I think this can only end with the destruction of the current business models of book publishers, which will have a large impact on authors.

But this is just a continuing change in many creative industries. Before, the filtering to identify commercial works took place BEFORE publication, resulting in book  and music publishers providing editorial oversight.

Now, this editorial oversight will happen AFTER publication. It may not be pretty.