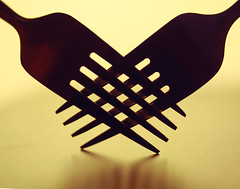 The Shocking ‘Fargo’ Finale: Creator Noah Hawley Breaks Down the Epic Bloodbath –
[Via  The Daily Beast]

Well, there was no wood chipper.

But you betcha that the explosive finale of FX’s Fargo limited series wasn’t lacking in spewed blood, comeuppance, and the kind of understated intensity that’s made the risky adaptation of the Coen Brothers film classic at once menacing and suspenseful, pulpy and fun, and—in turn—cable’s must-watch drama of this past spring.

The high-octane finale featured retribution, surprising acts of heroism, expected deaths in unexpected fashions, and even a snowmobile chase scene. (WARNING: Stop reading here if you have not seen Tuesday night’s Fargo finale. SPOILERS lie ahead.)

There will be spoilers. The TV chow Fargo revealed in the last episode what it was all about.

The final episode was called Morton’s Fork. A Morton’s fork is when you have two choices, both of which lead to poor consequences.

He had a Morton’s Fork to deal with. Neither course results in a positive for him.

Fargo was full if Forks of Morton, and how these forks were dealt with made the show so great. One example.

When the single father Gus, as a cop, comes across the serial killer Malvo early on, Malvo presents him a choice: Gus can try and take Malvo in, totally unprepared for the chaos that is Malvo and surely die; or, he can let Malvo go and get to see his daughter again, while having to live with being a coward, not suited for being a cop.

He chooses the latter which colors him for the rest of the episodes as he deals with the 60 some odd murders Malvo is involved in over the rest of the season (the size of this murder spree – with every police force from the local police to the FBI being ineptly powerless to stop –  is one of the funny, satirical aspects of the entire series).

However, while having short term negative results, his choice of which fork eventually results in happiness,

Molly has a Morton’s fork – she can ignore the safety of her unborn daughter, the advice of her husband and get out of the police station to look for Malvo, and die; or, she can stay in the station and not be involved in the arrest of the guy she was instrumental in identifying She chose the latter and, as she said later, got to become police chief.

A positive result eventually and she is happy with her life.

And Lester faces his final Morton’s choice (and he has had a lot of them in the series). He can drive up to the police barricades , give himself up and be sentenced to death or he can try to escape over the thin ice of a lake and die.

We are happy he did not live. There are many more Morton’s forks made by so many characters in the show. Very cool.