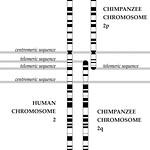 What to tell Climate-Confused Friends? That You don’t “Believe” in Global Warming
[Via DailyKos]

As global warming comes back to the fore of public discourse, environmentalists wonder how to overcome the polarization (this New Hampshire poll finds global warming to be the most partisan issue, second only to support for Obama) and help the broader public support critically-overdue climate action.

One approach has been to stay away from the crux of polarization – whether one “believes” in anthropogenic global warming or not, and why – and focus on areas of broader and near-bipartisan agreement, like support for renewable energy.

I do not subscribe to that approach. I think we do need to talk to our conservative and/or climate-confused friends about the science. The title “most polarizing issue” is a rapidly-changing “flavor of the day” thing; it comes and goes. I feel the wind is in our backs on this issue (pun semi-intentional), simply because the other position is fast becoming a laughingstock. This is the time to push forward.

‘Believe’ is the wrong word. Belief is not a factor in science. Scientists do not believe in gravity. Or in evolution. Or believe in the creation of a rainbow by the refraction of light. Or the connection between electricity and magnetism. Or that DNA is the blueprint for life.

We do not believe the world is getting warmer.

Scientists ACKNOWLEDGE these things. We acknowledge gravity, evolution, the rainbow, the electric motor and the gene.

We acknowledge that the world is getting warmer.

If someone refuses to acknowledge science and scientific explanations for the natural world around us, they are not interested in reality but in a fantasy of their own making.

I have more important things to do than to talk with a denier. Cut my nails, take a shower, watch some TV. All much better uses of my time.

Because trying to talk a denier out of their Cargo Cult World is a fool’s errand.