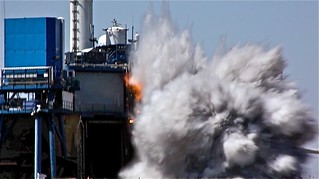 DragonFly testing and license application to the FAA:In the realm of spaceflight, the recovery and reusability of flight rocket/spacecraft technologies has been a staple of American spaceflight since the Mercury Program of the 1960s, even though it only rose to prominence in the public mindset with the commencement of the Space Shuttle Program in the 1970s.

Since that time, the recovery and reusability of key components of flight rocket technologies has provided engineers with concrete, viewable, and tangible access to space-flown equipment – access to which has greatly improved reliability and safety within America’s various space vehicles.Following in this tradition of safety and continuous improvement, SpaceX is currently developing new technologies to allow for the recovery (and reusability) of their own spacecraft systems – including the Falcon 9 rocket’s first stage and the Dragon capsules – under their Reusable Rocket Technology Development Program for cargo- and passenger-carrying Dragon missions.With site testing at McGregor forming the backbone of SpaceX’s initial testing of new rocket recovering technologies, the company is looking to add to its already successful testing of the F9R and Grasshopper technologies with DragonFly. Simply, DragonFly is a propulsive system designed to allow the SpaceX Dragon capsule to perform propulsive landings (both with and without parachute assistance). Overall, DragonFly will use eight SuperDraco hypergolic engines capable of producing up to 16,400 lbf of thrust each.

On Friday, SpaceX unveiled their new Dragon capsule, which has truly innovative technology – the capsule can land anywhere under its own power, without a parachute.

To make this happen, they need to test everything. And now it looks like they will be able to – at their current test facilities in McGregor, Texas.

Looks like Texas may well become the center for commercial rockets. With Texas in competition against California for the Tesla battery megafactory, it could be exciting times for the Lone Star State.