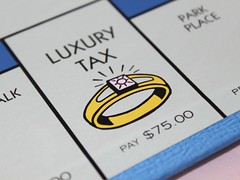 Who Solved the Capitalist’s Dilemma?
[Via asymco]

In The Capitalist’s Dilemma, Clayton Christensen and Derek van Bever introduce a powerful new theory which explains the relative paucity of growth in developed economies. They draw a causal relationship between the mis-application of capital in pursuit of innovation and the failure to grow.[1]

In particular, they observe that capital is allocated toward the type of innovations which increase efficiency or performance and not toward those which create markets (and hence long term growth and jobs.) This itself is caused by a prioritization and rewarding of performance ratios rather than cash flows and that itself is due  to a perversion of the purpose of the firm.[2]

Over the entire global economy, the pattern of capital over-abundance is easy to see. The amount of cash or securities on balance sheets is extraordinary and unprecedented (estimated at $7 Trillion, doubling over a decade). However, growing cash is not a perfect indicator of inactivity. Cash is the by-product of earnings after investment. So if operating profits are growing and investment is growing, but not as fast, then it’s possible to grow cash while still growing investment.

Sure to be a classic. The data sure seem to support their theory – that capital is no longer a scarce resource and capitalists had better realize this. But they continue to use false narratives and metrics to underutilize capital while lining their pockets. As Adam Smith first discussed, capital is supposed to be used to enhance the wealth of nations, of society, not just to enhance the wealth of capitalists..

From the article by Christensen:

In our view the crux of the problem is that investments in different types of innovation affect economies (and companies) in very different ways—but are evaluated using the same (flawed) metrics. Specifically, financial markets—and companies themselves—use assessment metrics that make innovations that eliminate jobs more attractive than those that create jobs. We’ll argue that the reliance on those metrics is based on the outdated assumption that capital is, in George Gilder’s language, a “scarce resource” that should be conserved at all costs. But, as we will explain further, capital is no longer in short supply—witness the $1.6 trillion in cash on corporate balance sheets—and, if companies want to maximize returns on it, they must stop behaving as if it were.

This partly results in the income disparities we see. It also means that the economy is not as strong as it should be, that people are not being hired at the rates they should and that the world is in much worse shape.

Rentseeking – money making money – was abhorred by Adam Smith. Market-creation – money producing new markets – is pretty much what capitalism is supposed to bring into existence.

But too many companies think they can make more money by rent-seeking approaches.

The asymco article tries to produce a better metric to see which companies are creating markets and which are just holding steady. It is a worthwhile effort but we need better approaches.

Fixing this will not be easy and will be a large part of the battle we fight for the next 15 years or so.