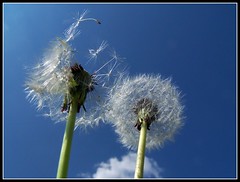 Climatologists don’t often end up working on a cardiovascular disease that affects children. But that is exactly what Xavier Rodó from the Catalan Institute of Climate Sciences has been doing: trying to find what causes the mysterious Kawasaki disease and understand how it spreads at unusual pace within Japan and the US. The answer, he thinks, may lie in a fungus that can cross the Pacific Ocean on the prevailing winds.

The Japanese pediatrician Tomisaku Kawasaki first described the eponymous disease in 1967. It affects children under the age of 5. Those suffering from it often develop swollen hands and feet because of inflamed arteries. If coronary arteries get inflamed, it affects the functioning of the heart. Each year, Japan registers about 12,000 cases and the US registers about 4,000. But for the past 50 years, the causative agent has remained a mystery.

The growing number of cases, however, have left clues. In 2011, Rodó found that the number of children affected by Kawasaki disease is linked to large-scale wind currents. This is was true across Japan, Hawaii, and California.

Kawasaki disease has been described as an auto-immune sidease if the blood vessels. But it seems to spread with winds.

Auto-immune diseases often are initiated following exposure to certain antigens. And there is often a genetic basis for this. Given the Asian populations along the west Coast,it may explain why Kawasaki disease is only really seen in the US along the  West Coast.

Now to nail down what the wind-borne cause is. The yeast is a prime candidate but a lot of work left.