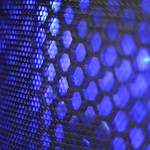 The Federal Communications Commission today voted in favor of a preliminary proposal to allow Internet “fast lanes” while asking the public for comment on whether the commission should change the proposal before enacting final rules later this year. The order was approved 3-2, with two Republican commissioners dissenting.

The Notice of Proposed Rulemaking (NPRM) concerns “network neutrality,” the concept that Internet service providers should treat all Internet traffic equally, even if it comes from a competitor. But the rules, while preventing ISPs from blocking content outright, would allow ISPs to charge third-party Web services for a faster path to consumers, or a “fast lane.”

The FCC’s prior net neutrality rules issued in 2010 were largely struck down in court, and there is already speculation that the new proposed rules could be threatened in court as well.

This is an example of the battle being fought between the plutocrats and the populace. Can the monopolies that provide internet access get their wish and create a multiple lane internet where only the rich oligarchs gets fast transmission?

Can people mobilize to prevent this?

It seems to me that the FCC is actually looking to help the distributed approach. They simply made a proposal and asked for more comment.There is lots of time for the people, and their legislators, to route around this.

The telling comment from the FCC commisioner was this:

When content provided by a firm such as Netflix reaches a network provider it would be commercially unreasonable to charge the content provider to use that bandwidth for which the consumer had already paid, and therefore prohibited. When a consumer purchases specified network capacity from an Internet provider, he or she is buying open capacity, not capacity a network provider can prioritize for their own purposes.

This would mean the consumer chooses the lane to be in, not the ISP.

And, the real landmine in the proposal is whether to call an ISP a telecommunications service. Providing common carrier aspects to the INternet, making it more a utility, is really where we should go.

So there appear to be some real aspects of this proposal that might make sense. And they have provided time for distributed democracy to forcefully reply.

Looks like this could be an interesting battle in this generation’s fight. A big step up from the unfocussed anarchy of Occupy Wall Street and the too-focussed actions of the Tea Party.

Both groups initially started activating distributed democratic approaches to push back against the authoritarian hierarchies. OWS fell back because it really had no effective call to action. The Tea Party has been mostly co-opted or marginalized by the same oligarchs running things.

Neither was able to break out across factions to provide useful tools and approaches against their foe – the authoritarian hierarchies holding progress back.

The battle for net neutrality might just provide such a spark, an issue to cut fully across political factions and support distributed approaches to be effectively used.