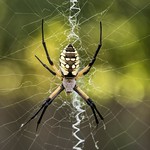 I’ve written before about how Star Trek was ruined by JJ Abrams and the writers – Orci and Kurtzman.

As shown here, these writers have again ruined another narrative, seemingly unable to understand important aspects of their story. As the author states, they changed Gwen from a well developed female character with her own life to a “girlfriend in the refrigerator” whose only real purpose is to make the male hero feel bad.

There was no narrative reason for what happened to Gwen in this movie. It was inserted because they could, not because it made sense.

I was worried about this movie because of Kurtzman and Orci – who have not really created much of anything that does not reveal their inability to understand a narrative. They so often simply end up missing the whole point of why a particular story is popular. They seem to have a fundamental misunderstanding particularly when dealing with popular genre titles, moving pieces around dispassionately around a chess board  rather than understanding twhy they should

I will probably never pay to see another movie that has either of these two as writers.