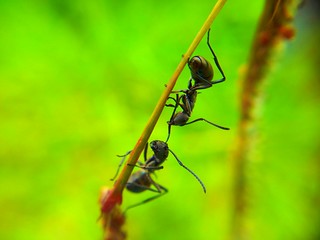 Samsung’s record of IP theft, other ruthless business tactics, and why Apple might win the battles but still lose the war
[Via MacDailyNews]

“On August 4, 2010, amid the bustle of downtown Seoul, a small group of executives from Apple Inc. pushed through the revolving door into a blue-tinted, 44-story glass tower, ready to fire the first shot in what would become one of the bloodiest corporate wars in history,” Kurt Eichenwald writes for Vanity Fair. “The showdown had been brewing since spring, when Samsung launched the Galaxy S, a new entry into the smartphone market. Apple had snagged one early overseas and gave it to the iPhone team at its Cupertino, California, headquarters. The designers studied it with growing disbelief. The Galaxy S, they thought, was pure piracy. The overall appearance of the phone, the screen, the icons, even the box looked the same as the iPhone’s. Patented features such as “rubber-banding,” in which a screen image bounces slightly when a user tries to scroll past the bottom, were identical. Same with “pinch to zoom,” which allows users to manipulate image size by pinching the thumb and forefinger together on the screen. And on and on.”

“Steve Jobs, Apple’s mercurial chief executive, was furious. His teams had toiled for years creating a breakthrough phone, and now, Jobs fumed, a competitor—an Apple supplier no less!—had stolen the design and many features. Jobs and Tim Cook, his chief operating officer, had spoken with Samsung president Jay Y. Lee in July to express their concern about the similarities of the two phones but received no satisfactory response,” Eichenwald writes. “”

Someone spends years developing something that finally succeeds where everything else failed, innovating in ways that create entirely new possibilties.

And then someone else simply copies the success, saving tons of research money and wasted efforts, preventing others still working on innovating from making any money.

Should this be allowed?  Obviously the judicial system will not work. even when it finds the copier guilty of copying (which does not always happen), the penalty is ludicrously minimal.

So, how do we punish those whose business model is to slavishly copy the works of others?