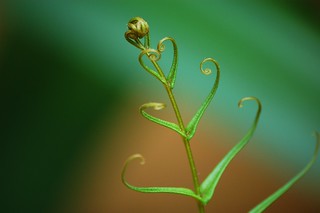 a href=”http://pando.com/2014/05/02/oh-the-things-prop-42-could-do-for-the-open-government-movement/#comments”>Oh the things Prop 42 could do for the Open Government movement
[Via PandoDaily]

It’s a safe bet that most Californians haven’t heard of Proposition 42, and that this situation will persist long after this article clears the presses. It will probably continue even after June 3rd, when it will be put to the voting public. But the proposition could well have ramifications in the way Californians interact with their governments at the state and local levels for years to come.

What’s more, it could open the door for a major overhaul in the way California public bodies manage their data, resulting in an explosion of a market for civic innovation, along the lines of current activity in the health care and education tech sectors.

Proposition 42 is not sexy. It’s political inside baseball, and while it has almost no chance of capturing the public imagination, political insiders and open data advocates have high hopes pegged to its passage.

The measure would require all local government agencies to comply with the Public Records Act of 1968 and the Brown Act of 1953. These long-standing laws guarantee, respectively, the rights of any citizen to receive public information upon request, and to participate in the meetings of local governmental bodies. With some exceptions.

The reason local governments have not had to follow the previous laws is that they did no have to unless they were reimbursed for collecting it.

But now they would not have to spend time and resources answering requests. All the data would be put up in an open fashion  at least twice a year.

Then, as were are seeing with the recent openness of Medicare data, people and companies can analyze the data in much more effective fashions.

This will be interesting to see.