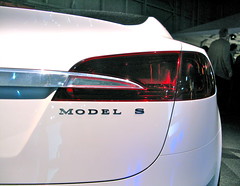 We’ve pointed out how states banning Tesla’s direct sales model seems like a perfect indicator of how corrupt a state is. State laws that require that only independent dealers can sell cars have no legitimate purpose whatsoever — other than to make life better for dealers, who have tremendous influence over local politics. However, it looks like the FTC may be stepping in to tell states who go in this direction that they may be crossing the line in a way that will make the federal government unhappy. In a surprise blog post, some FTC officials have made it pretty clear that states shouldn’t be blocking Tesla direct sales.

In buying cars, however, these new ways to shop may not be available to consumers. For decades, local laws in many states have required consumers to purchase their cars solely from local, independent auto dealers. Removing these regulatory impediments may be essential to allow consumers access to new ways of shopping that have become available in many other industries.

This very question has been raised across the country, as a still-young car manufacturer, Tesla, pursues a direct-to-consumer sales strategy that does not rely on local, independent dealers.

In this case and others, many state and local regulators have eliminated the direct purchasing option for consumers, by taking steps to protect existing middlemen from new competition. We believe this is bad policy for a number of reasons.

Later on the FTC fires the real warning shot:

The FTC completely dismisses the bogus claim from dealers that these laws “prevent abuses” by noting “this rationale appears unsupported.” It’s not clear if the FTC will actually step in and do anything here, but just making it clear that these kinds of laws blocking things like Tesla’s sales model are a serious problem that is more protectionist than good for consumers, is a good step.

Calling states that prohibit direct sales of Tesla vehicles protectionist is righton. Saying that these regulations should be removed demonstrates a federal agency seeking less regulation.

Will this change anything at all. Will the various states listen or will they try to assert states rights saying they can prohibit the sales of anything they want?

Or course, the latter means we have no federal government at all.So what will the FEDERAL Trade Commission do then?