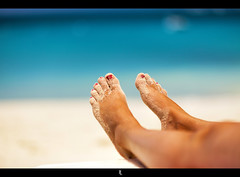 It’s hard to remember that Pharrell wrote “Happy” for an animated film.

The peppy neo-soul song is not in any way controversial. But something strange began happening to it a little while ago. It became a mega pop sensation and an unexpected global anthem for citizens living under troubled regimes.

The movement started slowly — first it was the soundtrack to a video of people dancing joyfully in Paris. But then the song began cropping up in videos from countries in political turmoil. One came from the Philippines, a country still picking up the pieces from Typhoon Haiyan. Soon, one followed from Tunis, still reeling from the aftershocks of the Arab Spring. And then another from Moscow. While not a “protest” song in its traditional sense, Pharrell’s “Happy” has taken on a politically charged meaning as an anthem of international resilience.

Interesting that the song was not written for any ulterior motive. But the ability of distributed democracy means that people can appropriate what they want to serve what they need, and then let the rest of the world know about it

And there is little that hierarchical authoritarians can do about it.