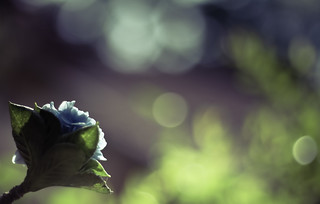 The American public anticipates that the coming half-century will be a period of profound scientific change, as inventions that were once confined to the realm of science fiction come into common usage. This is among the main findings of a new national survey by The Pew Research Center, which asked Americans about a wide range of potential scientific developments—from near-term advances like robotics and bioengineering, to more “futuristic” possibilities like teleportation or space colonization. In addition to asking them for their predictions about the long-term future of scientific advancement, we also asked them to share their own feelings and attitudes toward some new developments that might become common features of American life in the relatively near future. Overall, most Americans anticipate that the technological developments of the coming half-century will have a net positive impact on society. Some 59% are optimistic that coming technological and scientific changes will make life in the future better, while 30% think these changes will lead to a future in which people are worse off than they are today.

Looking forward 50 years, almost 60% of Americans are confident that technology will provide tremendous gains (although they still want their jet cars). As we look closer to the present, the confidence drops tremendously.

So, we just need to move some of that future confidence to the present.