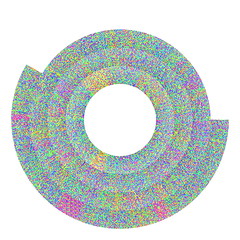 Three times Laura and Rob Sheppard experienced inexplicable and unimaginable loss. All three of their daughters were born with the same lethal problems, including under-developed brains. All three babies died shortly after being born. Each time, Laura Sheppard looked to her daughters’ MRIs to understand what happened to their brain development. “I needed to see, I needed to understand,” said Sheppard, a St. Charles County resident who works in pharmaceutical research and development. She described herself as a scientific person. “I find comfort in cold hard facts.”

But nothing could explain what caused their children to be born with such a host of problems. Laura Sheppard worried that it was something she had done or was exposed to.

“‘What did you do?’ That’s all I could remember thinking,” she said.

Thanks to new technologies, this is how doctor’s can now comfort parents getting the devastating news about why their children died, As Dr. Cole told Laura Shepard:

I have a lot of really smart people who work here, and I will work for years to try to figure out what happened.

And he did. Only it did not take as long or cost as much as it would have just a few years ago.

While this was not easy to accomplish, the low cost of getting genomic information, coupled with the 6 personal genomes they had from one family, helped them identify the problem.

This was an entirely new human gene defect, one that would have been very, very hard to find by searching the standard databases of diseases.

And it offers real hope for the parents to attempt to have further  children. The genetic defects can be picked up long before brain development stops. In fact, advances from in vitro fertilization techniques might allow them to only select embryos which do not have the defect.

And, in what I think will be a continuing trend, the parents are not hiding behind anonymity but are coming forward to tell their story. As Laura Shepard said:

Through their [the Shepard’s daughters] lives they have touched and changed more people than their deaths ever will.