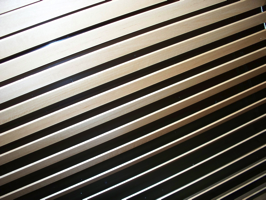 by Daniel I Scully

Another Blind Boy Sees the Light, Thanks to Gene Therapy
[Via DNA Science Blog]

A funny thing happened on the way to this week’s blog post. I’d planned a guest post from a father who very recently observed his young son seeing for the first time thanks to gene therapy. I’d read the father’s blog from a link on Facebook . The boy is participating in a phase 3 clinical trial (efficacy) of gene therapy for Leber congenital amaurosis type 2 (LCA2). My book The Forever Fix: Gene Therapy and the Boy Who Saved It chronicles one of the first participants in the phase 1/2 trial who had his first eye treated in 2008 — he’s now on a poster for the Foundation Fighting Blindness and sees so well that he can hunt turkeys (he lives near me in the wilds of upstate NY. I don’t hunt).

The phase 3 trial, according to Facebook posts, has a rather unusual design. Participants are randomized to have two eyes done days apart, or the gene therapy in a year, to serve as a control group. When I couldn’t find any news releases or media reports to corroborate the design, and the description on clinicaltrials.gov curiously lacked detail, I emailed someone directly involved in the trial.

Early Tuesday morning I got a call – too important for an email – from the clinical trial director, asking me not to run photos or mention names here. The reason: part of the assessment of the gene therapy’s efficacy is for the subject to maneuver through a mobility course, a task impossible for a person with LCA2. The evaluators don’t know which participants had gene therapy and which didn’t. And while the evaluators know to stay away from Facebook, they could stumble upon this blog and see a face that could a year from now bias their observations. The lack of information about the clinical trial protocol I’d encountered was intentional.

But I still want to run the father’s blog, so I’ll call the boy Cliff. The events happened before the family returned home after the gene therapy. I’ve tweaked it enough so it can’t just be plopped into google. I hope. I can’t blame the parents for wanting to shout this news from the rooftops, but I do want to protect the clinical trial. So the photos are of other kids.

This looks like it will be one of those studies where those getting treatment are so obvious that they have to stop the tril because it would be unethical to have a control arm. This happens with really life-changing therapies sometimes.

This procedure appears to use a viral delivery system to place the needed gene into the important cells lacking it. It can easily be used to replace important genes.