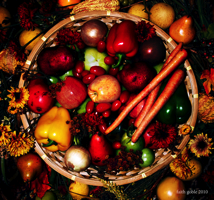 Last week, over the objections of Retail Market Directors, Apple’s chief executive Tim Cook canceled plans to open several stores on Thanksgiving, citing the importance of allowing retail employees to be with their families over the holiday.

Another good reason for Tim Cook to be running Apple – making Apple a force for good in the world..

In contrast to the sociopathic behavior of  Kmart, Macys, Sears, Target Toys R Us and WalMart,. Apple, as well as Costco and Nordstroms, are thinking of their employees. And their customers.

Black Friday is bad enough without having to worry about buying presents on Thanksgiving itself.

Interesting that Tim Cook had to overrule the marketing geniuses at Apple who think not being open on Thanksgiving is missing a huge opportunity.

Of  course, their bonuses – on top of their $400,000 salaries – are what is really driving this. So even Apple has sociopathic people in it. Just noit running it. Yet.