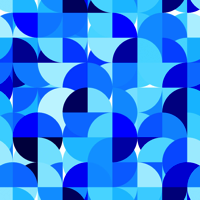 “Apple has purchased a factory ($100 million) and partnered with GT Advanced ($587 million) to produce sapphire crystal. That’s a big investment in a big facility, which has led to big speculation, though at least one obvious application isn’t being considered,” FairerPlatform reports. “Without Gorilla Glass, the smartphone revolution would have been a lot less revolutionary and you can give Apple a lot of the credit for that — Gorilla Glass maker Corning had shelved the technology until Apple came calling.”

FairerPlatform reports, “However, at least for the time being, Apple’s new Arizona sapphire crystal manufacturing plant isn’t a threat to Gorilla Glass. Or, that’s how Cantor Fitzgerald analyst Brian White sees things: ‘We do not expect sapphire to replace Corning’s Gorilla Glass on the iPhone or iPad in the coming quarters; however, we believe sapphire could gain traction in new small form factor applications or high-end devices with Apple in the future.’”

“Sapphire is great for smartphone and tablet camera lens covers, as well as a protective cover for the Touch ID fingerprint sensor in the iPhone 5S,” FairerPlatform reports. “Additionally, some high-end wristwatches also use sapphire crystal.”

Having such a pile of money allows Apple to simply buy the output suppliers. It sometimes even invests in companies in order to get early and cheaper access to innovations.

Apple is building a plant for which it will get the entire output.

Here it is a new type of glass covering. Sapphire is too expensive for large coverings, such as iPhones, but works great for finger scanning input.

And maybe for wearable devices.