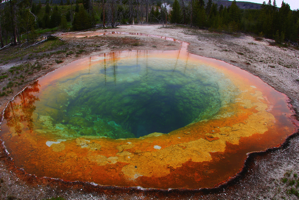 Five researchers on Thursday received Golden Goose Awards, which honor federally financed research projects that have produced significant benefits despite once being viewed as impractical or obscure.

The awards, which were bestowed for the first time last year, seek to be the antithesis of the Golden Fleece Award, created in 1975 by Sen. William Proxmire to ridicule what he found to be wasteful spending of tax dollars.

This year’s awards honor the economists Alvin E. Roth of Harvard University and Lloyd S. Shapley of the University of California at Los Angeles, and the mathematician David Gale, who died in 2008. Their work on matching pairs was the basis for the national kidney exchange. Mr. Roth and Mr. Shapley shared the 2012 Nobel Memorial Prize in Economic Science.

Also honored were the biologists Thomas D. Brock of the University of Wisconsin at Madison and Hudson H. Freeze of the Sanford-Burnham Medical Research Institute, for discoveries that helped make the biotechnology industry possible.

The new recipients will be honored at an event in Washington next week.

Thomas Brock and Hudson Freeze did something important but not often recognized – they did some basic research  that led to some critically innovations for modern biotechnology, for everything from cloning sequences to sequences chromosomes.

They simply went to Yellowstone and isolated some bacteria that loved living in hot water  – called a thermophile. They are receiving this award because they discovered a bacteria they called Thermus aquaticus, that could survive in temperatures that would boil other organisms.

Here is how the citation describes what this led to:

Since the discovery of DNA as the material encoding our genetic blueprint, scientists had wanted to study and exploit this complicated molecule to improve human health.  They needed a lot of material, however, and cells contain only a minute amount of DNA.  In theory, scientists knew how to “amplify” DNA, effectively replicating what goes on in the cells of living creatures.  They could unravel the DNA and use enzymes that occur in all DNA, called polymerases, which act like photocopiers, to generate many copies of a tiny piece of DNA.  Unfortunately, the way to unravel (or denature) the DNA in the lab is to subject it to very high temperatures, but the polymerase enzymes stopped working or fell apart at those temperatures.  Scientists could keep adding fresh enzyme, but it was a laborious and inefficient process.

The first time I ever did what is called a polymerase chain reaction (PCR) I had to manually add new polymerase every cycle. It would often take 20-30 cycles to get enough DNA amplified. Lots of time and lots of expense.

Brock and Hudson’s discovery provided a key solution to this problem.  Like most organisms, Thermus aquaticus contained DNA and therefore also had the complement of enzymes needed to replicate that DNA, including polymerase.  Because the bacteria were adapted to living in water at extremely high, near boiling, temperatures, Taq polymerase could take the heat, remaining active at the temperature used to denature DNA.  In 1983, Nobel Prize winning biochemist Kary Mullis exploited this attribute of Taq to create a technology called the polymerase chain reaction (PCR), which allowed generation of unlimited copies of any fragment of DNA, large or small.  Six years later, the journal Science named Taq polymerase the “Molecule of the Year.”  In 2007, a publication on the history of PCR produced by the American Association for the Advancement of Science noted that “few technologies in the life sciences can claim to have been as pivotal as [PCR].”

No more having to add more enzyme every cycle.  PCR won a Nobel Prize for Mullis. PCR virtually made everything modern biotechnology has done possible. Heat-stable polymerases helped generate the original draft of the human genome.

New drugs and new vaccines are here today because those two guys identified a heat-loving bacteria.

Glad to see they are getting recognized for that. And a great example of how government-funded basic research can have huge impacts on us all.