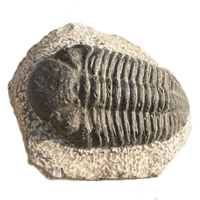 Too hot to handle: Triassic temps may have killed tropical species
[Via Ars Technica]

When ecologists talk about climate change, they tend to recognize there will be winners and losers. While it could drive some species to extinction, others will migrate readily to follow their shifting habitats or adapt to the changing conditions. For the most part though, nobody’s expecting we’ll end up with ecosystems that are largely barren.

But a new study of the aftermath of a mass extinction event suggests temperatures once got so hot that they left our planet’s equatorial regions a place of “lethally hot temperatures,” where the few survivors were mostly stunted invertebrates.

As a whole, life on Earth didn’t have a lot going well for it at the start of the Triassic. The previous geological period, the Permian, ended with the massive eruptions that generated the Siberian Traps and triggered the biggest mass extinction event on record: the Great Dying. The volcanic activity and subsequent ecosystem changes pumped massive amounts of carbon dioxide into the atmosphere, leaving the few survivors to face intense greenhouse warming and oceans where it was difficult to obtain oxygen.

I’ve written a lot about this extinction event – the most extensive one in the fossil history. Mostly from the data about the atmospheric point of view.

But here we have an examination of the water temperatures, which is really startling.This is the temperature of a warm bath.

The oxygen carrying capacity of such warm water is much lower than a normal ocean, meaning that many animals would have a hard time living.

Large amounts of hydrogen sulfide built up in the oceans, I would expect form the decaying of animal material in the absence of oxygen.

There were also large decreases in plant life – so much so that few coal deposits are found from this era – upsetting the carbon cycle and increasing the warming effects by the added carbon dioxide in the air. This would then result in acidification of the oceeans.

Warm, acid oceans would be highly detrimental to almost all life, perhaps explaining why over 60% of the marine genera disappeared.Many of those animals that were unable to move freely in the ocean – perhaps because they were attached to rocks and things – died at even higher rates.

One of the hallmarks of the Permian-Triassic extinction event is the extremely long period for recovery. It took at least 5 million, and perhaps 30 million, years for complex environments to reemerge.

Turns out that recovering from heat  takes longer than other sorts of extinction events.

From an ecological point of view, it might be better for life on Earth if a large asteroid hit than if too much global warming happens.