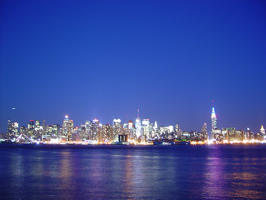 How Apple made the mouse
[Via Brainstorm Tech: Technology blogs, news and analysis from Fortune Magazine » Apple 2.0]

The myth — repeated ad nauseam by Apple (AAPL) naysayers — is that Steve Jobs stole the ideas behind the Macintosh from Xerox’s (XRX) Palo Alto Research Center.

The truth is that he paid for them — with 100,000 shares of his company a year before its initial public offering.

The deeper truth, which Malcom (“The Tipping Point”) Gladwell explores at length in the current issue of the New Yorker, is that Jobs had no interest in reproducing the work the team at Xerox PARC had done.

So, just after Conde Nast announces that  you can purchase subscriptions on the iPad for the New Yorker, amongst others, there is an article about the Mac.

What for fortuitous timing. Fortune did a similar thing. Apple news always brings hits. I like reading Malcolm Gladwell and he is talking about Apple. I am seriously thinking of getting a subscription, not only because of the great writing but because this bundling shows some real creativity on behalf of Conde.