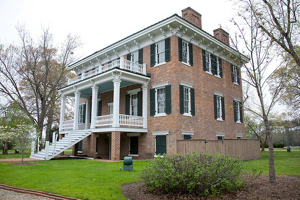 Has climate change already caused extreme weather events? It’s a tough question to answer, and not only because the public debate over the prospect has been hotter than the climate itself. A couple of papers in this week’s edition of Nature attempt to tackle the issue and show that extreme weather events are becoming more common in our warming world. In one case, the challenge of doing so was so high, it was “beyond available conventional supercomputing resources,” so the researchers turned to a distributed computing system that ran climate models as screensavers.

Logically, a warming climate would be expected to increase the rate of extreme weather events. A higher atmospheric temperature represents an increased energy content; it can also mean an increased content of water vapor, which could lead to excessive precipitation. Still, extreme weather events have been with us throughout Earth’s history, so attributing any single one to a warming climate isn’t a simple thing.

Two nice papers that look at two different things – 1) climate trends in the Northern Hemisphere ; and, 2) recent flooding in England. Both indicate that the increase in extreme weather events is best explained by anthropogenic warming.

They add a nice drapery or two to the mighty mansion that is the scientific model of climate change.

Science works by constructing models to explain the natural world. These models often start out as crude lean-tos, providing a little shelter while more investigations are done. Often new research allows a crude hut to be created but many times the whole structure has to be torn down as new information reveals its flaws.

As time goes on, a very robust house emerges, one that does a good job explaining the world. As more information is examined, the house gains is stature, adding stronger walls and more bedrooms. If the foundation is strong, the model created by science can weather most any storm that comes against it.

The model for climate change has had very strong storms hurled against it by those with the most to gain by its destruction –  climate scientists with alternative models who want their own hut to become the mansion.

They have so far failed. Now we are to the point where every investigation serves to enhance the house, perhaps adding a few draperies to the interior design.

Read the comments at Ars. There are no serious arguments against the new papers themselves. Only rehashed old ones. Stating a priori that models cannot be believed under any circumstances reveals a tremendous misunderstanding of science. Saying there are conspiracies between scientists so that the data can be ignored reveals a disdain for how research works and a desire to refrain from any further investigations.

All science is based on models because all we can do is construct our best simulacra of Nature. We do not yet have the ability to create Nature in its fullness. The best models, the best mansions, survive because they come closest to Nature and allow us to examine truthfully the world around us.

Or as close to truth as we can get. And scientists always strive to get even closer.

Denialists do not strive to get closer to truth, to gain a better understanding of nature. They inhabit Cargo Cult Worlds where further investigation is simply stopped. They create a world where certain facts can be ignored, allowing them to simply stop trying to understand. Because to understand would result in the end of their Cargo Cult World, just as the scientist’s hovel is torn down by new facts.

Rational people realize when facts no longer match their model of the world so they change the model. But not denialists. They’d rather remain in their hovels in their Cargo Cult Worlds.

These people really do not want any further investigations or to gain a firmer  understanding of the world. For them, ‘Here be Dragons’ and they go no further. They often fit directly into Carlo Cipolla’s defintion of stupid: “A person is stupid if they cause damage to another person or group of people without experiencing personal gain, or even worse causing damage to themselves in the process.”

As I mentioned before, stupid people are the most dangerous to our society. Skeptics are not stupid. But denialists almost always are.

They are happy to remain in their huts in their Cargo Cult Worlds, throwing rocks at the windows of the mansions created by scientists. They imagine that breaking a few of these windows means the entire mansion is destroyed. All that happens is that the windows get replaced, often with stronger glass.

Denialists have not been able to do much damage to the mansions that represent the best scientific models, such as evolution or climate change. Scientists would have prevented the mansions from being constructed long ago by their own much more potent axes, backhoes, and shaped-charges.

What denialists have been able to do is convince some people that it is better to live in the leaky hut residing in their Cargo Cult World than in the mansion of the natural world.

That is the real harm of denialists and their Cargo Cult Worlds. A society that embraces the stupid is a society that will fail.