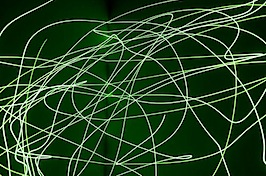 Point a laser at a police helicopter, go to prison
[Via Ars Technica]

A United States District Court in Massachusetts has sentenced a 52-year-old resident of the Boston area to three years imprisonment for pointing a laser at a police helicopter. He was found guilty of one count of “willfully interfering with an aircraft operator with reckless disregard for human life” and another of making false statements.

That brief description doesn’t do justice to the incident in question, so we obtained a copy of the court investigator’s affidavit to get more details on the case.

The title made it seem a little unfair. But reading the article, it was obvious that this was not some little keychain laser he pointed at the pilots but a laser usually used in laser light shows. It is dangerous to look directly into.

And he confessed to it just like in the TV shows. He even showed them all the other lasers he had. Luckily he appears to have been an idiot but it makes one think about what might have happened with someone smart, evil or both.

One thought on “It was a big frigging laser”