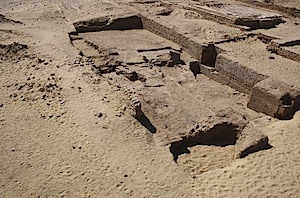 Lawrence Krauss on faith and foolishness
[Via Butterflies and Wheels]

Religious beliefs force some people to choose between knowledge and myth, while pointing out how religion can purvey ignorance is taboo.

The fact that the NSF chose to leave out information that demonstrates just how off America is from the rest of the world was something I discussed back in April.

Krauss’ article in Scientific American retells some astounding facts, facts that demonstrate how far many people in America have gone in order to deny the facts around them. Only 45% feel that the statement “human beings, as we know them today, developed from earlier species of animals,” is true, while 78% of the Japanese and 70% of the Europeans marked true. At least this number is better than the survey in Texas where only 35% agreed. Just think, twice as many people in Japan than in America know that humans evolved.

Similarly, only 33% of all Americans answer the statement “The universe began with a huge explosion.” It was 63% in Japan.

It turns out that Americans actually do know the answers to those statements. Curiously, if the first question is prefaced with ” According to the theory of evolution,…” or the second starts with “According to astronomers, …” substantially more people answer true. So, Americans know what the right answer is. Something else is preventing them from answering the same way everyone else in the world does when the qualifying preface is removed. Something is making them change their answers, even though they know what the right answer is.

Something is depressing the factual responses of Americans to scientific questions. What could that be?

Religion holds the best explanation. When people were asked why they did not believe in evolution the majority gave religious reasons – 72% of them say it is religion The more often someone attended church, the more likely they were to believe the world was only 10,000 years old. 24% of the people who seldom attend church believe that. It skyrockets to 70% for those who attend church once a week.

We have factual data demonstrating that Jericho was founded over 11,000 years ago, with other cities in the area being founded possibly several thousand years earlier than that. Yet most of those who attend church regularly apparently see these facts as lies.

Believing that verifiable facts are a lie is often how Cargo Cult Worlds are constructed. I really wonder how most of that 70% of Americans that believes humans were placed here 10,000 years ago deal with the fact of Jericho?

6 thoughts on “Realizing how different Americans are from everyone else”