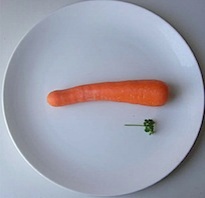 Climate Science Watch attended a Capitol Hill briefing April 16 on the “Climategate” e-mails, a denialist-friendly event intended for media and Congressional staffers. The briefing was hosted by the Heritage Foundation and the Cooler Heads Coalition, an anti-regulatory-minded group formed to “dispel the myths of global warming by exposing flawed economic, scientific and risk analysis.” Speakers Pat Michaels and Joseph D’Aleo found it easy to spoon-feed misinformation to this audience without being held accountable.

As I mentioned in an earlier post Why science communication often fails, it is hard for researchers to speak effectively at these sorts of functions. They are not well skilled in the lawyerly tricks used in these sorts of discussions.

Organizations should be helping scientists here. In fact, why not fight fire with fire? It is well known that young researchers will attend almost any event if it has free food, as it seems dowillthe young Congressional staffers. Instead of having stand-up presentations by ‘old farts’ why not have get-togethers with the peer groups from each sector? Bring the young scientists together with the young staffers in order to have conversations rather than simply lectures?

Simply talking shop between them may accomplish more than any other method. Especially since the younger scientists also seem to have more drive to evangelize their thought than many older researchers.