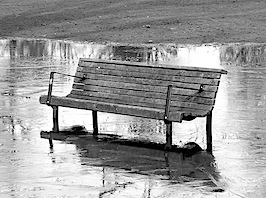 ‘He Can’t Win’
[Via Daring Fireball]

“What I can’t figure out is why he (Steve Jobs) is even trying (to be the CEO of Apple)? He knows he can’t win.”

10 years ago, Microsoft wanted to be the dominant player in digital transactions

Because Bill Gates is not afraid of making definitive statements, he can get into some trouble when people look back at what he said. I remember an interview where Gates talked about how, as a teenager, he would go dumpster diving behind the computer sciences building to get discarded printouts with various programming codes on them, in order to see what the pros were doing.

Of course, that image just fit into the meme that he stole all the things he ever created. “He was even stealing code as a teenager. From the trash.”

The Cringely article is interesting but some of the comments are excellent, particularly this one:

“But I do think that Jobs recognized the hardware/software (software in this case being music) combination that had made the Macintosh successful. The success of the iPod led to the iPhone which has lead to the iPad… One of Steve’s obvious talents is to see the value in something new that others don’t see.”

This is a huge point. Jobs was one of the first to look past software merely being tools to make the hardware do something and see Content as the software that would drive the industry. And I think a big part of that was because he looked past business as *the* market and really went for the user dollar where style and consumption were more the focus. When he changed the model to use hardware to extract the software dollar rather than the other way around he changed the entire industry. Lots of credit is due him for the insight and the execution.

The most innovative thing Microsoft really did was convince people that they should pay for software. This put them at the top for years, while hardware was pretty much devalued.

But Jobs was able to see what the tight coordination of software AND hardware could accomplish, particularly for the delivery of digital information. This close coordination makes evertthing almost invisible to the customer, allowing them to simple use.

He has now created a self-reinforcing system that includes all the pieces to maintain itself – software, hardware, retail, development, advertising, games, etc.

One of Microsoft’s goals had been to create an environment that would allow them to take a little bit of money from every digital transaction. If they could do that, they would have a revenue stream forever.

Take the quote from a 2002 article in Businessweek, an article about the Internet and digital media without any mention of Apple at all:

The software king’s new .Net (pronounced dot-net) initiative aims to capture every segment of the Web business, from the software and servers that host Web sites to the Web browsers, billing software, and even the Internet service provider customers who form the core of both AOL and MSN, Microsoft’s competing online service. As consumers increasingly shop, listen to music, and watch movies online, Microsoft wants a piece of the action.

But they could never make it worthwhile for people to do this. No one gained much benefit but MS. Not the customer, the developer, the retailer. It was too apparent as a grab for cash.

Well, Apple has done almost exactly what MS tried to do – get a cut of digital transactions. And there is not yet too much of an outcry from customers.

One of the overlooked innovations of the iTunes store was the ability of Apple to provide a way for micropayments of less than $1 to be feasible. By doing this, they opened up the marketplace to a wide variety of opportunities that simply did not exist before.

Now Apple actually has created a system where they gain a cut of almost every transaction, from music to video to books to apps to ads. They have achieved what MS attempted to do but in a way that actually benefits almost everyone.

Apple made it worthwhile to do business with them. They saw how digital technologies changed the business environment and allowed new pricing systems.

This is, currently, a trade worth making for most people. I firmly hope that Apple keeps its eye on this ball and does not succumb to the corporate need for more money at any cost. Because if they really forget the customer’s needs here, the customer will eventually bring this system down.

For this ecosystem really only exists as long as the customers are happy. If Apple starts only dealing with what the shareholders want, all of this will crumble.

Gates does not seem to really get this. Jobs does get it. I hope whoever replaces him eventually gets it also.