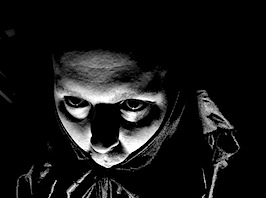 Denialism: what is it and how should scientists respond?

Black is white and white is black


HIV does not cause AIDS. The world was created in 4004 BCE. Smoking does not cause cancer. And if climate change is happening, it is nothing to do with man-made CO2 emissions. Few, if any, of the readers of this journal will believe any of these statements. Yet each can be found easily in the mass media. The consequences of policies based on views such as these can be fatal.

All of these examples have one feature in common. There is an overwhelming consensus on the evidence among scientists yet there are also vocal commentators who reject this consensus, convincing many of the public, and often the media too, that the consensus is not based on ‘sound science’ or denying that there is a consensus by exhibiting individual dissenting voices as the ultimate authorities on the topic in question. Their goal is to convince that there are sufficient grounds to reject the case for taking action to tackle threats to health. This phenomenon has led some to draw a historical parallel with the holocaust, another area where the evidence is overwhelming but where a few commentators have continued to sow doubt. All are seen as part of a larger phenomenon of denialism.

There are nice mention of five tactics that denialists almost always resort to – conspiracy theories, fake experts, cherrypicking, moving the goalposts, and lies/logical fallacies. I have talked about a lot of these before.

This discussion ends with a wonderful point:

Whatever the motivation, it is important to recognize denialism when confronted with it. The normal academic response to an opposing argument is to engage with it, testing the strengths and weaknesses of the differing views, in the expectations that the truth will emerge through a process of debate. However, this requires that both parties obey certain ground rules, such as a willingness to look at the evidence as a whole, to reject deliberate distortions and to accept principles of logic. A meaningful discourse is impossible when one party rejects these rules. Yet it would be wrong to prevent the denialists having a voice.

Instead, we argue, it is necessary to shift the debate from the subject under consideration, instead exposing to public scrutiny the tactics they employ and identifying them publicly for what they are. An understanding of the five tactics listed above provides a useful framework for doing so.

Engaging with them, expecting normal discourse, is usually futile (I’m not talking about people who are skeptical but can be reached by a logical discussion. Denialists portray a specific pattern that often makes them unreachable by rational means.)

That is why I write about their tactics. They are not ones that rely on scientific principles but are, most often, based on lawyerly, rhetorical techniques.