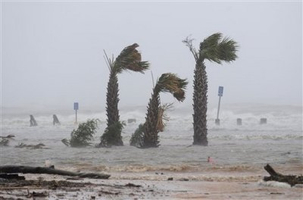 Seismologists have found a new way to piece together the history of hurricanes in the North Atlantic—by looking back through records of the planet’s seismic noise. It’s an entirely new way to tap into the rich trove of seismic records, and the strategy might help establish a link between global warming and the frequency or intensity of hurricanes.

This could be really useful. Essentially, the researchers, using digital files, were able to identify the seismic markers of hurricane activity. The could detect these markers even from seismographs 1000 miles away from the hurricane.

This means that we can now examine seismic data, which extends many years earlier than we have been able to so far, in order to get a better understanding if hurricane activity. Just one big problem:

At least one major hurdle remains before scientists will be able to pull together a complete hurricane history out of the seismic records. For most of the 20th century, seismograms recorded data on rolls of paper. Those records, which contain hundreds of thousands of hours of data, will need to be digitized. Ebeling is looking for an efficient way to do that.