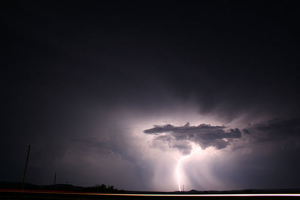 by jeffk
Texas: From saved to doomed in just 6 hours!:
[Via Bad Astronomy]

Well, that was fast.

Texas Board of Education creationist Barbara Cargill today proposed an amendment to the science standards saying that teachers have to tell their students there are different estimates for the age of the Universe. This is not even a veiled attempt to attack the Big Bang model of …

Well, we find out today if Texas education will regress towards the 16th Century or whether reason prevails (You can follow the live blog here.). I bet it will be a toss-up. Maybe they will change some of the amendments along the way.

This one amendment is just great. So, not only is the head of the board here a creationist but we have a young Earth creationist preposing amendments saying that there are different estimates for the age of the Universe. It would appear then that teachers in Teas can now teach all about how the Earth is really less than 10,000 years old and they will be teaching to the standards..

I hope reason prevails but I doubt it. How is it possible that such an important science board has such anti-science people on it? I’d like to think that there are reasonable people in charge but this is truly ridiculous.